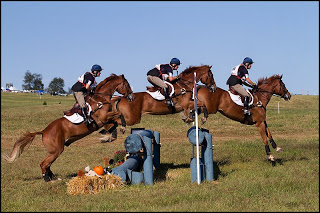 ARGH I was trying to save the best for last but I couldn’t wait – sorry Charles but you know you are number one.

Quite honestly I don’t even know where to start in describing Charly because, he is, the reason for everything. So maybe I’ll just start from the beginning.

Molly was managing a barn back in California when she met Charly. He was one of many Hungarian Warmbloods they had shipped over to be re-trained into Event horses.

I think Charly noticed Molly before Molly noticed Charly. She says he was always watching her. Whether she was riding or giving lessons he would have his head out, watching – this caught Molly’s attention.

Apparently, women were not allowed to ride this horse. In addition, he was dubbed the barn jerk. Luckily, Molly was able to convince his owner to fly out and watch – or chaperon – Charly and her first ride.

The rest is history. Molly formed the Minyan Syndicate and purchased this incredible athlete in 2005. It was Charly who led Molly to the East Coast. She knew they needed to venture out East for a season to gain more experience on different types of courses.

After winning the AEC at Prelim on Charly Molly decided to make her move permanent. She gave up an established business in Fresno, CA to break racehorses and scrub water buckets from 5 a.m. till noon.

Charly and Molly won the CIC** in the fall of 2008 and nearly won the CCI** at Fair Hill. This phenomenal horse allowed her the honor of being on the developing riders list in 2009 and allowed Molly to gain sponsorship and truly call herself a professional rider.

Unfortunately Charly injured his suspensory in October 2010 and has been rehabbing since. 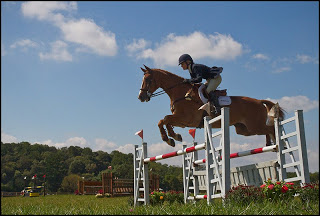 OK. This is more of a round-about profile but if I didn’t explain the history behind Molly and Charly’s partnership then it would be hard to really understand how important this horse is.

Charly, Chuckles, or Chunky Monkey (as months on pasture rest have unfortunately warranted this nickname) is the man – and he knows it.

This is a very expressive horse and is definitely not void of personality. We joke that he is like a “frat boy”. Being that Charly’s daily routine went from world-class shows to stall and pasture rest, he got a bit bored. So, Charly’s solution:

Hence the frat boy comment. It’s very obvious that this is all a game to him, just trying to get a rise out of some girls. Plus, Charly LOVES Guiness… what Frat boy doesn’t?

Lately, Charly has been very well behaved and lightened up on his trickery. Molly thinks it’s because he’s slowly being put back to work and knows that if he’s good, he will get to jump soon (he loves to jump).

Beyond his personality, this horse just has a presence about him. Charly is a very smart, confident animal and everyone at Havarah is on edge waiting for him to jump back onto the Eventing scene.

Thank you to all those who have made Molly and Charly’s partnership happen and we thank you, from the bottom of our hearts, for your patience in Charly’s slow recovery. 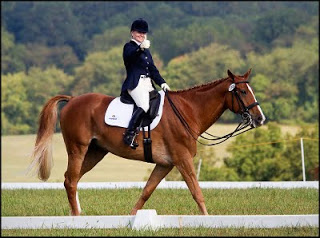